A Man's Hands - review by Jim Murdoch @ The Truth About Lies 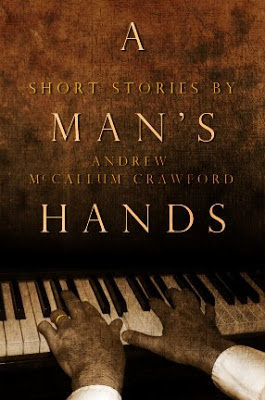 Many thanks to Jim Murdoch for this extremely thoughtful review of A Man's Hands, which has just been published on his blog, The Truth About Lies.

"Just over a year ago I reviewed Andrew McCallum Crawford’s first collection of short stories, The Next Stop is Croy and other stories. As in that collection the characters in A Man’s Hands often appear in more than one story and although these stories stand on their own (and, indeed, have been published as standalone pieces) they do form part of a larger story arc and are enhanced because of this. That said, the Jacks, Johns, Andys, Matts and Seans all feel a bit like they all ought to be Andrews. I asked him about this and he said he thought I’d hit the nail on the head here:

Perhaps they all are Andrews. More precisely, perhaps they are allAndrew. Perhaps. The title of the collection is A Man's Hands, notMen's Hands.

When I read this the first time—at 60 pages it’s not exactly a long read—I didn’t pay too much attention to who the protagonists were in each of the stories. There was ‘the man’ and ‘the woman’ and that was as much as I really needed to know and I did find myself mixing them up. This has been something I’ve complained about before where there has been a cast of thousands—okay, a dozen or so—but never where most of the stories only contain two players. The fact is the names really are pretty much irrelevant and only serve to remind the readers which stories are (officially) linked. I add the proviso because, as I will explain, I think all the stories here are thematically interlinked."

Posted by Andrew McCallum Crawford at 19:40