Call for submissions - The Lovers 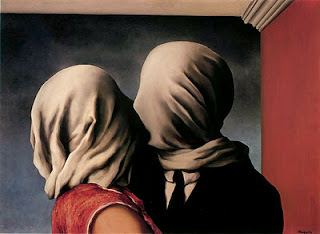 February is The Lovers month on Wee Fictions. We are looking for poetry and short stories (maximum 500 words). You know what we like. Submissions to andrewmccallumcrawford@hotmail.com.
Posted by Andrew McCallum Crawford at 12:11 No comments:

from a work in progress

There it is again. Tapping, but more urgent this time; knocking. He tells himself it is a dream, but when he opens the door she is there, in a bright yellow ski jacket zipped up to her chin. Her eyes meet his then flick down to his shoulders, his legs, his shoulders again, his feet, his neck. Anywhere but his face. Her expression. Her lack of expression, as if she doesn’t like what she sees, as if she’d been expecting something better.
‘Come in,’ he says.
Posted by Andrew McCallum Crawford at 08:57 1 comment:

A barge tied up on the opposite bank. Its name is Leamington. I smile, but it’s all right, it’s dark, there’s no one else around. The spelling is close, so close. There is an advert on the side – Self Drive Hire. A smaller barge, like an island with a Christmas tree, is in the middle of the canal. The lights are on. This smaller barge is drifting to and fro. As I watch, however, I realise that it isn’t drifting. It is trying to reach a third barge, which is tied up at the far right of the basin. The name of this barge is Victoria. The barge with the tree will never reach the barge called Victoria. Something unseen, submerged, something not as prosaic as an anchor, is holding it back.
Leamington/Self Drive Hire/ the barge with the tree/Victoria.
Sometimes it isn’t difficult to imagine a poem, or, at least, the bones of a story.
Posted by Andrew McCallum Crawford at 21:38 No comments:

I am so pleased to have this story in Interlitq.

They were in a pub south of the river. Well south. Almost Croydon. Danny was staying at his sister’s for Christmas. A family reunion. What a joke. He brought over two pints of Guinness and sat down.

His father wasted no time getting to the point. ‘So what’s yer intentions?’ he said.

The beer was warm. South London. What did you expect? He’d expected his dad to show a bit of interest, that’s what. Danny had been away for a year. More than a year. There was no interest, however. There was no Tell me what it’s like living in Greece. How’s the job? Are they paying you? Are you getting by all right? Maybe he hadn’t asked because he knew the answer. Maybe he didn’t care. Danny wasn’t getting by. The ticket had cost a month’s wages. He didn’t know where the January rent was coming from. ‘What do you mean, what’re my intentions?’ he said.


You can read the whole story on Interlitq here.
Posted by Andrew McCallum Crawford at 19:33 No comments:

Hyperthymesia is a condition in which the individual possesses a superior autobiographical memory, meaning they can recall the vast majority of personal experiences and events in their lives. The term 'hyperthymesia' is derived from the Greek words hyper, meaning 'excessive', and thymesis, meaning 'remembering'. Although considered a boon for the serious writer, it is a nasty affliction, and often results in spells in residential care.
Posted by Andrew McCallum Crawford at 17:03 3 comments: