Incunabulum by Carol McKay - a review 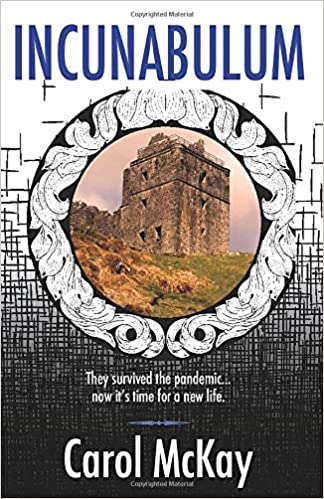 You wake up one morning and everyone is dead. Society has broken down and it’s up to you and a handful of survivors to try to keep the human race going – and to stay human. This is the premise of Carol McKay’s excellent post-apocalyptic novel Incunabulum. It has to be said that McKay is way ahead of the screeds of Covid-related analysis that will inevitably hit the bookshelves in the coming months. Incunabulum has roots that go back to 2007 – the first section of the book was longlisted for the Daily Telegraph Novel In A Year competition, and subsequently published in the newspaper. The novel itself came out early last year. McKay has said that she regards this as a ‘women’s book’. I don’t quite understand what she means by that. Certainly, the protagonist is a woman and it is through her eyes that the story unfolds. But does this make it a book for women? I think not. I do think, however, that McKay’s writing flows beautifully throughout. The main question raised concerns her choice of how a post-apocalyptic society would set about organising itself. This isn’t a criticism, and I won’t give any spoilers, but I guess a few readers might take issue with the proto-society McKay imagines. Others – myself included – will conclude that she hits the nail squarely on the head. The fact that the book raises so many questions is one of its strongest points. Seriously, what would happen if everything went back to zero and we had to start again? Who would be in charge, who would forage for food (and weapons), who would look after the children? Delve into the pages of Incunabulum and you just might find out.

Incunabulum by Carol McKay is published by The PotHole Press

Posted by Andrew McCallum Crawford at 21:56 No comments: